To reflect adjusting entries in New-Year, re-close Old-Year files with a system date of December Old-Year. The system will recognize the closing as a re-close and automatically update the adjustments to all periods of New-Year. Because the system never permanently closes a General Ledger year, you can re-close as often as needed. 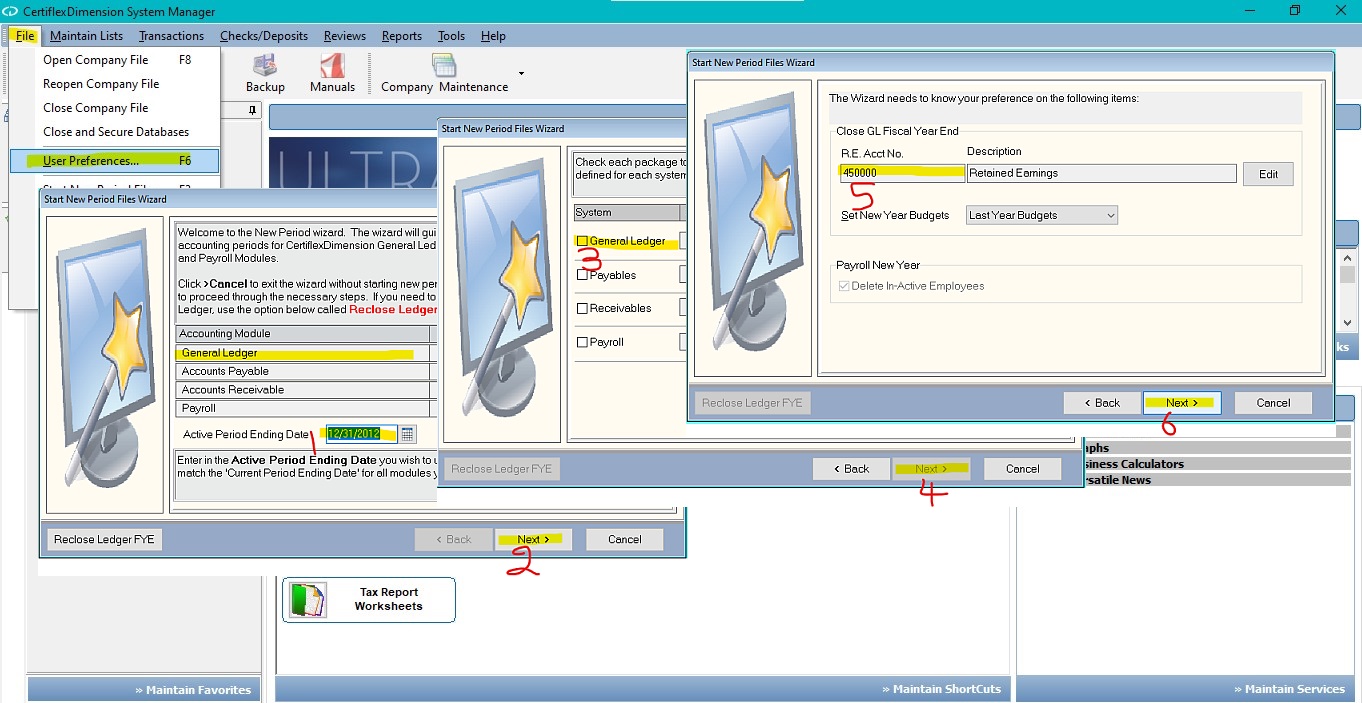